I've been a busy bee since my last post so let's have a catch-up. It was October since I last wrote a post, seems like ages ago! I completed the first semester of my second year at the University of Salford and had a whale of a time in all my modules. They were, editing, professional practice and TV studio, the latter was my favourite. In this module, I was the producer for a quiz show, meaning that I had to create the show from scratch and organise the production from start to finish with a team of 16 other people. We also created a children's television show where I was the sound assistant. A challenging but thoroughly enjoyable process that I can't wait to do again in the future. 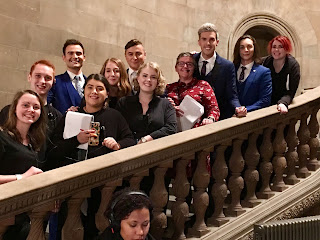 In November 2018, I worked with the Songs of Praise team again but this time for BBC The Big Sing. Another fantastic experience to work for Avanti Media and create two amazing programmes for BBC One. My role was as a runner for the choir and some specific talent that was there, such as, the signer and the conductor, Ken Burton.
In December, I was lucky enough to be chosen to work for Thames, part of Fremantle, on the 13th series of Britain's Got Talent. It was a fantastic weekend with a brilliant production team, my role was as a judge's room runner. 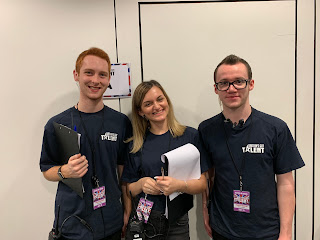 After Christmas, I headed back to Salford after being at home enjoying the festive period. I worked for Mentorn Media for BBC The Big Questions at MediaCityUK. Another opportunity that I can't wait to do again. I was a production runner who looked after the front row guests on this live programme which was aired on BBC One. As part of the weekend, the production staff gave us a tour of the OB truck, the set and we even got to use the cameras.
And now I start my second semester at Salford Uni, this term my modules are TV Documentary, TV Genres and Production Management. I can't wait to get stuck in!