The tone of the piece was very somber mainly due to its grim narrative but it was “a truly powerful story, beautifully and sensitively handled” (Cpatrust.org.uk, n.d.) which is appropriate for BBC Radio 4 Extra because they should commission programmes aimed for “listeners seeking intelligent programmes” (BBC, n.d.). 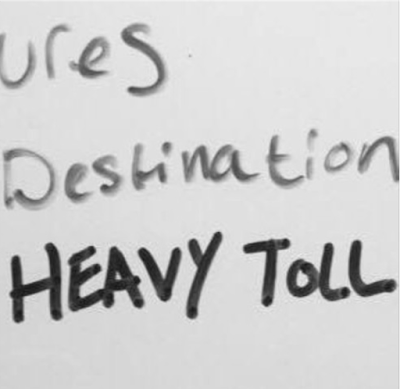 Heavy Toll brings a simplistic style to the documentary due to keeping it purely of the interviewees. Also, by having mostly silence during the speech sections makes the programme feel chilling and suitable for the piece as it “really proves that less can be more” (Cpatrust.org.uk, n.d.).

Due to BBC Radio 4 Extra being a “mixed speech service” (BBC, n.d.) the audience must imagine the scene that is being described to them; this piece “[paints] a horribly vivid, very human picture of train suicides” (Cpatrust.org.uk, n.d.) by having a sole focus on the story being told and including moments of actuality with the train rattling and ticket collecter asking for tickets really does make the piece “[exist] rather than being imagined” (Collinsdictionary.com, n.d.) as the word actuality is defined.

This original radio documentary suits perfectly for the remit of BBC Radio 4 Extra as “the station should commission some orginial content” (Bbc.co.uk, n.d.) which Heavy Toll is since it was produced by “Tabatha Konstantine, University of Salford” (Cpatrust.org.uk, n.d.) and not a highly professional production company.