Taboo is a “historical drama” (Hughes, 2017) that follows a man who “comes home to bury his father, revive an incestuous bond with sister Zilpha and claim his inheritance” (Duguid, 2017). Originally broadcast “at 9:15pm on BBC One” (Littlejohn, 2017) in January and repeated in March on BBC 2. This programme is suitable for this timeslot because it contains strong language, “harrowing moments” (Hughes, 2017) and subject matter such as “incest and exorcisms” (Hughes, 2017) that are not be suitable for younger viewers if broadcast at an earlier time due to Ofcom’s rules to “protect viewers from offensive and harmful content” (Ofcom, 2013). 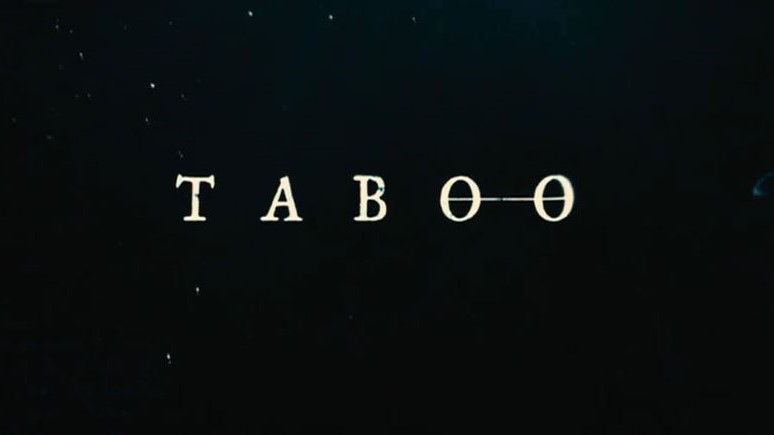 This drama is typical for BBC Two because it is required to give “an edgy, angled perspective on the world” (BBC, n.d.) with “complex and demanding tales” (BBC, n.d.) which Taboo does by providing the audience “grime and torment” (Hughes, 2017) through the storylines of each episode where the characters need to overcome obstacles to accomplish a goal; creating tension for the audience so they return each week.
Taboo is not your typical period drama compared to those such as Downtown Abbey or Ripper Street which “[follow] a single template” (Hughes, 2017). Taboo “cares little for actual historical detail” (Hughes, 2017) and operates through developing the plot and carries the audience through the darkness with retaining its realism. The angles taken in Taboo to achieve this are cleverly produced, especially through the mise-en-scene. Close up shots of Delaney's dirty hands and the dark lighting demonstrates the characters history and his circumstances. The period costumes are used to immerse the viewers in the Victorian world bringing the story to life.
This drama “engaged younger audiences” (BBC, 2017) mainly on BBC iPlayer as the “box set [maximised] audiences” (BBC, 2017). For the second season of Taboo the BBC is “partnering with FX” (BBC, 2017) again to “[collaborate] in ground breaking work” (Kettley, 2017) to create this cinematic drama for both BBC and FX.